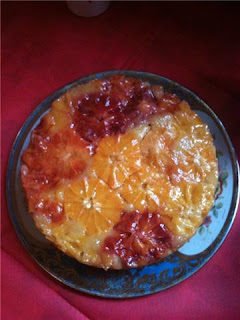 Last week I was giddy from baking. Half-term meant time off work, and rubbish weather necessitated days languishing indoors with the kids which for me can only result in one thing.
Factor in Caleb's birthday and the inevitable tea party to celebrate the occasion, and I can barely recall any other activity taking place - the week passed in a veritable haze of flour and icing sugar.
My first creation was a fig and walnut cake, which was rustled up on Thursday. I don't think I've mentioned it before, but I really love figs. I love them fresh (though God knows, it's hard to find perfectly plump and sweet raw figs in the UK), I love them dried. I love them in savoury dishes and in cakes. And I can happily just munch away on them by themselves with no embellishment whatsoever. If I were a guest on the BBC's Saturday Kitchen, I would quite possibly select figs as my Food Heaven (the hypothetical decision about what I'd chose, and even more vexingly what my Food Hell would be - considering that I will eat virtually anything - has almost taken over from the agonising choices I'd make on Desert Island Discs. I've literally spent hours of my life making that list, and then changing it. And don't even get me started on my top 10 films.) So anyway, this was a Nigel Slater recipe (www.guardian.co.uk/nigel-slater-spices-recipes) and it was simple and fun to make. I may have left it in a smidge too long, as it was slightly crusty on the outside. But the extremely indulgent cream cheese icing disguised its shortcomings, and it was really delicious.
I started my tea party baking on Friday - 2 days before the big event itself. I once again had a go at Ottolenghi's Sticky chocolate loaf that I first made over Christmas, though this time I honoured the recipe and made two 500g cakes rather than one big one. Much more successful second time around - they both came out perfectly with no distressing dips in the middle.
I cleared the decks on Saturday, and spent the entire day holed up in the kitchen. The birthday cake was, as always, a doddle. I had great fun with some Barbie writing icing; a quartet of slightly sickly looking pastel pens with a glitter finish. I'm not sure what my 15 year old birthday boy would have made of it had he clocked them, but as I only used the blue and silver, he was none the wiser. I'll save the princess pink for a more suitable occasion.
I also knocked out a lemon drizzle (the best I've ever tasted, and fool-proof: www.guardian.co.uk/lifeandstyle/2008/lemon-drizzle-cake), and a batch of Ginger macademia cookies, which are just sublime - as Dan Lepard rightly points out in the recipe; you can use unsalted nuts, but the saltiness against the buttery biscuits is such a heavenly combination - I highly recommend. www.guardian.co.uk/ginger-macademia-biscuits-dan-lepard)
I saved the best, and most challenging, till the day of the party. Despite weeping copiously at the demise of Ambridge's patriarch Phil (I was listening to the Archers omnibus), I managed to pull myself together long enough to get cracking with Ottolenghi's Orange polenta cake. I'd been eye'ing this up since getting the book back in November and had been waiting for an excuse to make it. It's one of those cakes that you prepare in stages - it requires patience and a steady hand. The first part of the process is making the caramel; I have attempted caramel on many occasions, and have never quite managed to pull it off. Predictably, this day was no different, and not only did I lose my nerve midway through the boiling stage and take the pan off the heat several minutes too soon, I also flooded my oven with leaking hot toffee sauce which still bubbles menacingly every time I switch on the damn thing. (I'll get around to cleaning it eventually). Also, the recipe suggested a 45 minute gestation; however, the cake was still more-or-less raw after this time, and ended up being in for around an hour and a half. Despite this inauspicious start, the cake turned out beautifully - truly a work of art. I used a combination of blood and regular oranges for the top of the cake, which created a really stunning almost mosaic effect. And the marmalade glaze, painted on once the cake was cold, really sealed the deal (see photo). It tasted great too, with a subtle citric flavour, and I love the slight bite you get when polenta is added.
At around midday, and with perilously little time before our salivating guests were due to arrive, I started frantically grating carrots and apples, and chopping pecans for some muffins - another Ottolenghi recipe that I couldn't wait to try. As you may have gathered by now, I'm preoccupied with both finding and baking perfect muffins. In fact, the other day I picked up a wheat and gluten-free Cinnamon and apple version from Luscious Organic, and it was horrid- like cardboard. So I had high hopes for these babies, and was especially excited by the crumble topping, which included various seeds - pumpkin, sunflower and sesame, as well as some oats and light muscavado - bound together with honey and a little butter. I felt that they would be a welcome addition to my tea table, offering a 'healthy' alternative to all the sweeter, chocolate-y treats. One could even argue that they provided at least two of the required five-a-day! Again, and as I'm consistently finding with Ottolenghi recipes, they needed way longer than the suggested 30 minutes in the oven. They were incredible though - light and moist with that crunchy top (not a great snap, but you will get the gist). They improved with time as well - I had my last one for breakfast four days later. Perfection? I'm not sure. But definitely getting there.
A very satisfying week's work, all-in-all. And apart from the latest goings-on in Ambridge, relatively drama-free.
Posted by Urban Cakes at 03:52 No comments: